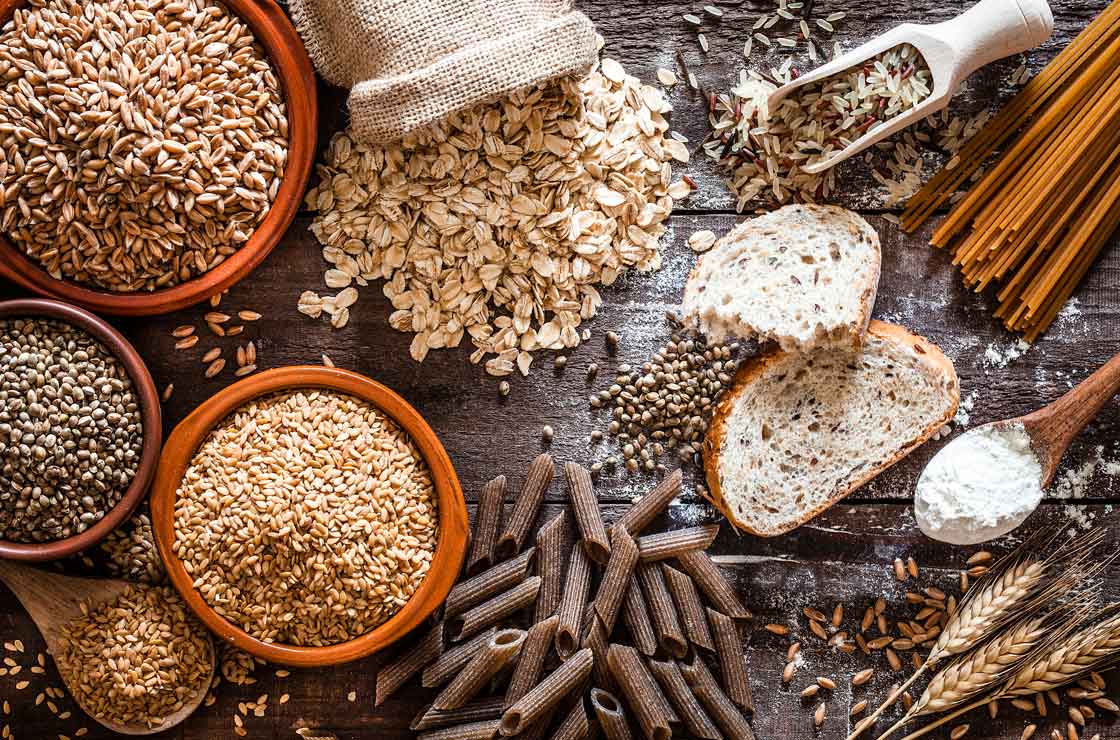 For some time now, wheat has been characterized as a dietary villain, blamed as the cause for one malaise after another, including acne, chronic fatigue, and depression. Some opponents of wheat have even coined the phrase “wheat belly,” pointing a finger at wheat as the cause of excess belly fat. But in fact, wheat has many nourishing qualities, not the least of which is the fiber found in true whole wheat products; meaning, products that are made with the entire grain and not refined or highly processed. Whole grain wheat products are rich in antioxidants, vitamins and minerals, including manganese, folate, phosphorus and selenium. And just one slice of whole-grain sprouted bread contains about 4 grams of protein. Finally, there are countless volumes of research linking a plant-based diet rich in complex carbohydrates – including whole wheat and whole grains – to improved health and disease prevention. So, how did wheat get such a bad reputation?

Much of the uproar began with gluten. Gluten is made up of gliadin and glutenin, which are the proteins in wheat that give bread that light and fluffy texture that everyone loves. For people with celiac disease, ingesting gluten can cause a life-threatening immune response, harming the small intestine and leading to nutrient deficiencies caused by malabsorption. However, this only happens in about 1% of the population. Diagnosing celiac disease is sometimes a difficult process but, once diagnosed, the only real option is to adopt a lifelong gluten-free diet. Because of the negative information surrounding wheat and the extensive marketing of gluten-free products, many people with vague symptoms like digestive issues or fatigue are choosing to go on a gluten-free diet without an actual diagnosis of celiac disease. Sometimes people do end up feeling better by excluding wheat products from their diet, but this may actually have nothing to do with gluten. Then what could be the cause?

In reality, the more likely reason behind why “wheat” may not be a healthy choice is the way that it is modified, grown, milled, and processed, which has changed significantly since the dawn of time. Some research indicates that the decades-long use of the herbicide glyphosate (known to most of us as Roundup) on our crops may have significant health implications, including a role in causing what is referred to as intestinal permeability or “leaky gut syndrome.” Intestinal permeability is often implicated in irritable bowel syndrome, bloating, rashes, fatigue, and even other food sensitivities. Additionally, most “wheat” products today contain bleached flours to mellow the flavor and frequently contain high amounts of refined sugars and unhealthy fats, along with countless preservatives for longer shelf life. The genetically modified, chemically sodden wheat products of today are a far cry from the stone ground, hand milled products from hundreds of years ago. So, people who give up what they believe are “whole wheat” products are actually giving up products that contain a whole lot more than just wheat. It’s no wonder they feel better when they stop eating these products. And naturally, they would attribute it to their new “wheat-free” lifestyle. In actuality, they’ve also given up a bunch of additional ingredients that science tells us can reduce our immune response, increase chronic inflammation, and cause someone to just not feel well. But wheat alone is rarely the real culprit. It is also important to mention that many people who decide to go gluten-free also have a tendency to make other diet improvements such as including more vegetables in their diet, which is another reason they probably feel so much better!

So, what about gluten “sensitivity”
Gluten sensitivity is a condition that must be diagnosed carefully. It is very important that anyone who suspects they are sensitive to gluten be tested to make sure they do not have celiac disease. This type of testing can only be done while consuming gluten, otherwise these tests may result with a false negative. Even a small percentage of people with the disease will have negative results on the screening tests and true celiac disease can only be confirmed by an intestinal biopsy, which will show atrophy of the villi (small hairlike structures that help to absorb nutrients) in the small intestine. Therefore, the first step would be to go through clinical testing with your doctor to rule out celiac. Not all doctors are willing to do biopsies unless a blood test shows that celiac is a possibility. In most cases, more serious signs of celiac disease would have to be present such as nausea, vomiting, diarrhea and weight loss.

Next, try following a rigorous gluten-free diet for an extended period of time. This should result in a complete remission of symptoms. It’s important to note that symptoms may persist for up to a month or more from the time the gluten-inclusive products were ditched, so accuracy and persistence is key. It’s important to mention that this is not the time to start replacing all of your cookies and breads with the gluten-free versions. Many of these products also contain a lot of unhealthy sugars, oils, and preservatives. It would be best to stick to whole grains and pseudo-grains like brown rice, quinoa, millet, fonio, and wild rice, as a few examples. Finally, don’t pay too much attention to most of the food sensitivity testing out there unless it is done at a reputable lab. Since our body produces antigens to every food we eat, these tests might just be telling you what you are consuming most, rather than what you are sensitive to.

And this is interesting…..
A survey was taken of people who believed that they had problems with gluten and only a quarter of these people had done any proper diagnostic testing for celiac and a quarter of the people who had actually tried a gluten free diet still had problematic symptoms, indicating that gluten sensitivity might not be their problem at all!

So, what’s the bottom line?
Start by taking a closer look at the label on your whole grain wheat products. Try to buy only organic, whole grain products that are free of preservatives, oils, and sugars, to ensure you are getting good quality, complex grains (you don’t want to see “enriched, bleached wheat flour” on the ingredients list). Next, get rid of the processed foods, cakes, cookies, candies, etc. in your pantry. And if you’re still not feeling well and suspect the culprit is diet-related, please reach out to us and schedule an appointment with one of our dietitians!