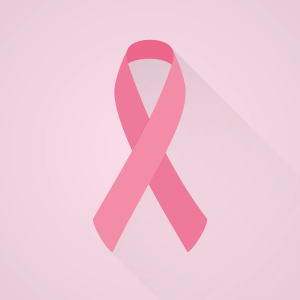 We are often asked if there are specific foods that can boost cancer survival. Because October is Breast Cancer Awareness Month, we thought we’d address this question as it relates to breast cancer.

Existing research doesn’t support the notion that there are specific foods that can increase survival. However, there IS considerable evidence that dietary patterns can make a significant difference for women fighting breast cancer! Let’s take a look at some of these dietary patterns.

In the Women’s Intervention Nutrition Study (WINS), R.T. Chlebowski and colleagues organized a large-scale randomized trial including women with early-stage breast cancer who reduced their fat intake to 20% or less following dietary counseling, as well as a control group who did not reduce their dietary fat intake. Early in their follow-up, the low-fat diet group started showing better results: a reduction in breast cancer recurrence of 24% after the groups had been followed for only a few years! As published in May of 2020, after nearly 20 years of tracking these women, a 15% reduction in deaths from all causes and a 20% reduction in deaths specifically from breast cancer was documented! (we remind our patients not only of the importance of following a low-fat diet, but that they should use healthful fat sources, such as nuts and olive oil, as opposed to less healthful types such as corn oil or margarine).

Evidence such as this; that is, from a well-conducted randomized trial with long-term tracking is as good as it gets in medical research and this is a result that patients should pay attention to. It’s also important to note that the many other cancer diets that have been proposed since the WINS study started have little or only very preliminary trials to back them up.

There are currently several popular diets being hyped as good for all of us. These diets are generally high in fat, rich in animal proteins and low in carbohydrates, because the assumption is that ALL carbohydrates are unhealthy. However, in reality, these diets aren’t good for any of us and, in fact, can be the recipe for a bad outcome for breast cancer patients! Why? Because all carbohydrates are not created equal. Simple and refined carbs – for example, baked goods, candy, white bread and white pasta – can lead to glycemia and insulinemia, both of which can drive cancer growth! On the other hand, complex carbohydrates – whole wheat bread or pasta, legumes, beans and quinoa – do not raise blood glucose and insulin. One study in women, for instance, found that a low-glycemic and low-fat, mostly vegetarian diet comprised of legumes such as lentils, split peas, chickpeas and other beans lowered insulin levels better than a standard cholesterol-lowering diet that included meat and dairy.

Vegetables and fruits are fundamental to any healthy diet, and are part of healthy dietary recommendations for the prevention of cancer as well as other diseases. As it relates to breast cancer, Cheryl Rock and colleagues assessed carotenoid levels of patients in a breast cancer diet trial and found that those in the top 2/3 of carotenoid levels over the course of the study were 33% less likely to have a breast cancer recurrence or new breast cancer diagnosis. Carotenoids are found in both vegetables and fruits; yellow and orange fruits and vegetables and dark green leafy vegetables are particularly good sources. Dark green vegetables, which also contain lutein, include kale, collards, spinach and Swiss chard. Other high carotenoid vegetables and fruits include carrots, sweet potatoes, pumpkins, winter squash, apricots, mangoes, cantaloupe, and tomatoes. As far as fruit juices, while it’s OK to very occasionally enjoy some of these fruits as juices, we generally recommend eating them as whole fruits. However, if you choose to drink juices, you might consider diluting them with water by 25% – 50% in order to reduce the sugar load. It’s also helpful to eat some protein when you have the juice; for example, seeds, nuts, or hummus on a whole wheat cracker. The protein will help buffer a possible glycemic surge. Eating whole fruit provides extra fiber and helps control calories as well as excess fructose consumption. In addition, a high fiber intake is associated with lower overall mortality in breast cancer patients, including both breast cancer deaths and deaths from other causes. Foods high in fiber include raspberries, pears, barley, whole wheat spaghetti, brown rice (as opposed to white rice), beans, green peas, broccoli, cauliflower, and turnip greens.

Most of us are aware that sugar-sweetened beverages and soda provide no nutritional benefits and, in actuality, drinking too much soda has been linked to several health conditions. There is also research demonstrating that consuming these beverages can increase mortality in breast cancer patients!

One study, published in May, 2021, reported that among patients with ER+ breast cancer, a higher intake of sugar-sweetened soda was associated with both an increased risk of overall mortality as well as breast cancer mortality. It was also reported that fruit juice intake showed a positive association with cancer risk.

Another study, this one published in August, 2021, looked at 8863 women with stage I through stage III breast cancer. They were identified during follow-up of the Nurses’ Health Study (NHS; 1980-2010) and Nurses’ Health Study II (NHSII; 1991-2011). Women who consumed sugar-sweetened beverages after diagnosis had higher breast cancer-specific mortality as well as all-cause mortality! In contrast, the consumption of artificially-sweetened beverages was not associated with either higher breast cancer-specific or all-cause mortality. However, we’d caution that this is not an endorsement of artificially sweetened soft drinks as a major part of a healthy diet. Teas like green tea and herbal teas, sweetened with non-caloric natural sweeteners like stevia or monk fruit may have healthful properties, and, very importantly, they don’t have the artificial ingredients and preservatives commonly found in diet soft drinks. And let’s not forget about filtered water, a healthful beverage that we should all be drinking daily!

In our next blog, we’ll review our general dietary recommendations and their specific relevance to breast cancer patients.