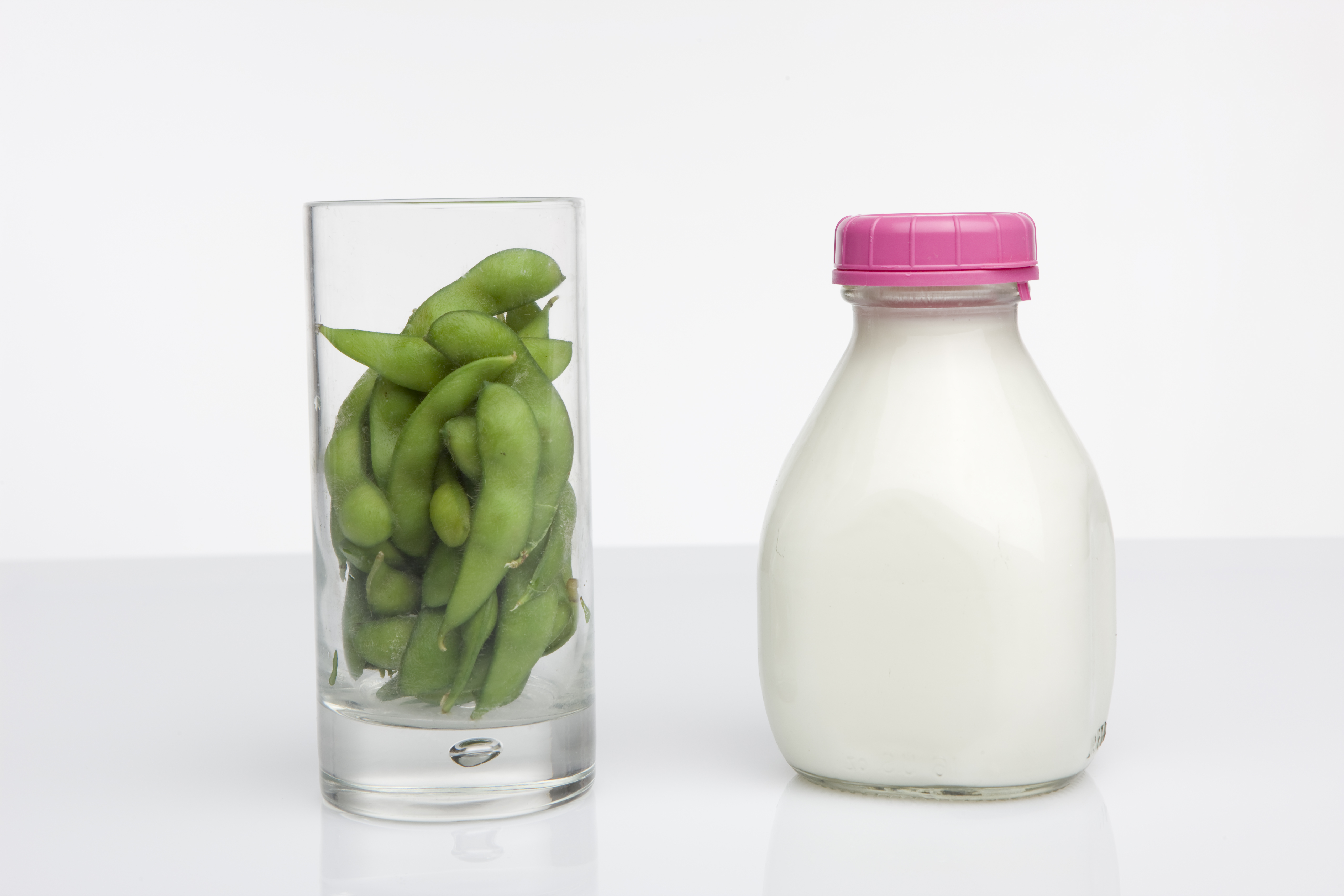 This experiment, published in the journal Molecular Nutrition and Food Research, used female mice with their ovaries removed – a way to model the state of postmenopausal women. Researchers implanted human ER+ breast tumors in the mice. They then fed them different diets. One diet was based on soy flour made from whole soybeans. The other diet contained soy isoflavone extracts, but not whole soy flour. Both diets gave the mice 750 mg of genistein daily, about the amount eaten by women on an Asian diet that contains soy foods. But the soy flour diet also contained the many other phytochemicals and nutrients in soybeans.

After the mice had eaten the two diets, researchers took samples of tumor cells from the soy flour group and the soy isoflavone group. They assessed which cancer-related genes were most expressed (most active) in the two groups. In the soy flour group, the tumor cells had lower levels of oncogenes (cancer-causing gene) called MYC and MYB. They had higher levels of tumor-suppressing genes called ATP2A3 and BLNK. The oncogenes are ones that drive tumor growth and multiplication of tumor cells – pushing down on the gas pedal of tumors — while the tumor-suppressing genes retard tumor growth – putting on the brakes. So the soy flour group had the gas pedal off and the brakes on.

The soy isoflavone group, on the other hand, had higher levels of MYC and MYB – their feet were on the gas pedal. They had lower expression of two immune-related genes MHC-i and MHC-II. High expression of these two genes marks cancer cells so that immune cells can find them more easily. Mice receiving isoflavones thus had tumors that could better hide from the immune system. Hiding from the immune system is an important way that cancers get a foothold in our bodies.

Researchers also looked at some genes that are directly related to survival in breast cancer patients – two genes called kinesins and a zinc finger protein gene (a zinc finger protein is just a protein that contains zinc). The activity of these genes in the soy flour mice would predict lengthy survival in breast patients. These genes in the isoflavone mice predicted poor survival.

It’s also significant that the mice that got the soy foods were models of post-menopausal women. We have long had data suggesting that women who eat soy starting in childhood or adolescence have some protection from breast cancer. This study demonstrates the safety and benefits of soy in a situation like that of menopause, when natural estrogens are no longer made in the body.

So the soy flour mice and the soy isoflavone mice have nicely confirmed what we tell breast cancer patients. Soy foods are safe, but soy isoflavone supplements are not advised. It’s interesting to see the multiple different ways that soy flour versus soy isoflavones impacted the mice. Tumor suppressors, cancer cell multiplication, immune system manipulation and survival-related genes are all involved. This suggests that soy foods have several different ways of supporting better breast health. Including them as part of your diet is safe and potentially beneficial, even if you don’t start until later in life.