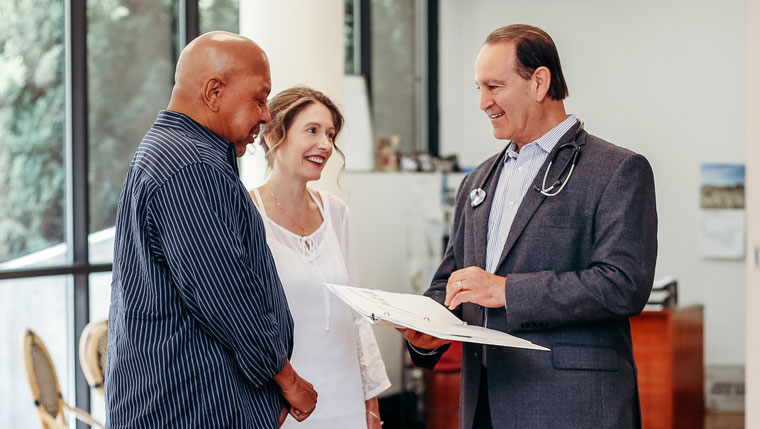 In April 2012, I was diagnosed with liver cancer. The doctors told me that I had a small tumor on my liver, but since we had found it early, all I’d need was a liver transplant. They told me I could still lead a healthy life for years to come. But in the months following, I was diagnosed with a number of other serious medical problems: ascites, hernia, as well as kidney disease and heart disease. Moreover, my tumor marker had begun to grow. In January 2013, the doctors told me a liver transplant was no longer an option.

I went through a handful of treatments, including radio frequency ablation and chemoablation, but they didn’t help. The doctors told my wife and me that there was nothing more they could do, and that I only had a few more months to live, at most. In August 2013, we met with a representative from a hospice care provider, and the rep told us that they would keep me as comfortable as possible. We said. “Thanks, but no thanks,” and asked for a second opinion.

At The Block Center, the doctors, nurses, and staff treated us like family members instead of as just another ailing cancer patient and his wife. They gave us a lot of hope and encouragement. The Block Center developed a plan tailored to me, which included diet, exercise, supplements, and medication. And in my individual case, it excluded chemotherapy, which saved me a great deal of pain and suffering.

We thank God for The Block Center, who accepted us when no one else would, and who gave us such excellent treatment. It’s been five years since my diagnosis, and I am cancer-free and living a healthy, fulfilling life.