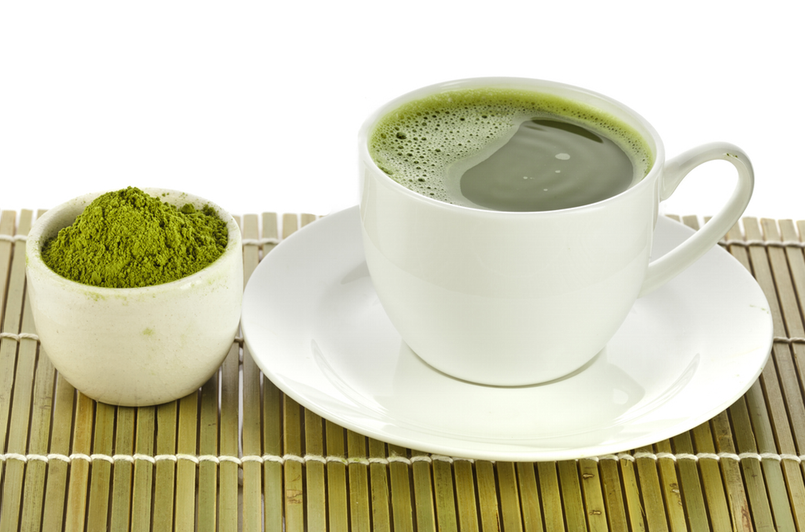 We recently had several inquiries from people asking if matcha tea should be avoided during chemotherapy and thought it a good question to address on our blog.

For those of you not familiar with matcha tea, it’s a type of finely ground green tea powder.  The leaves used for this tea are usually covered as they develop, in order to protect them from sunlight, and they are dried in the shade.  They are traditionally stone-ground, and the tea is prepared by whisking it in a bowl with hot water.  Chemical analyses have suggested that matcha contains more of the important compound epigallocatechin gallate, (EGCG) than other types of green tea.  EGCG is a type of phytochemical referred to as a polyphenol.

There are two main concerns about drinking green tea when a patient is receiving chemotherapy.  The first is due to the antioxidant properties of green tea.  There are some doctors that believe that anything that has antioxidant properties might interfere with the action of chemotherapy drugs.  However, our research team reviewed clinical trials on antioxidants that were given along with chemotherapy, and found there was little reason to suspect any interference with the effects of chemotherapy. In addition, researchers have found that polyphenols, such as EGCG, tend to become pro-oxidants when they are put into cancer cells.  They then cause apoptosis, or cancer cell suicide, which actually reinforces the action of chemotherapy drugs.  Therefore, we don’t believe that using green tea is problematic with most kinds of chemotherapy.

The other potential concern has to do with how green tea might affect the absorption and breakdown of chemotherapy drugs.  Some herbs, for example, St John’s Wort, speed up the enzymes that break down chemotherapy drugs and other drugs, which then removes them from the body too quickly.  As a result, blood levels of a drug might end up being too low.  Green tea, in very high doses – doses that are usually only obtained through supplementation – can actually have the opposite activity.  It could result in somewhat higher blood levels of most chemotherapy drugs, although we have never seen this effect in clinical practice with patients drinking (not taking supplements) green tea.  However, green tea may pose a concern with some very specific chemotherapy drugs.  One of these is Velcade, used in treating myeloma and lymphoma.  It’s possible that green tea may interfere with Velcade: the polyphenols in green tea may combine with the boron in the Velcade molecule and inhibit its absorption.  It’s not certain that this effect occurs; it’s only been observed in the laboratory and may depend on the concentrations of the drug used.  The other drug of concern is Sutent, used in treating renal cancer.  A study from China found that green tea appears to combine with the Sutent molecule and prevent adequate absorption from the gastrointestinal tract.  A case of a cancer patient being treated with Sutent who drank a lot of green tea was recounted:  when he was drinking green tea, his cancer progressed.  When he stopped it, his cancer regressed.  This was investigated further using chemical and animal testing, and it appears to be a genuine concern.

So, at this point we do not see any problem with using matcha tea in reasonable quantities – a couple of cups a day – while someone is taking most kinds of chemotherapy.  However, if a patient is taking Velcade or Sutent, we do not recommend its use until further work has clarified the nature of the interactions involved.