What is chronomodulated chemotherapy and who should consider this approach to treatment?

There are nine specific “clock-related” genes in our brainstems that control our time-dependent biological functions, including sleeping and eating patterns, heart rate, body temperature, and hormone production. Similarly, cancer cells also have time controls; they divide and rest at different times of any given day. While rest and division also occur among healthy cells, their timing differs from that of cancer cells. 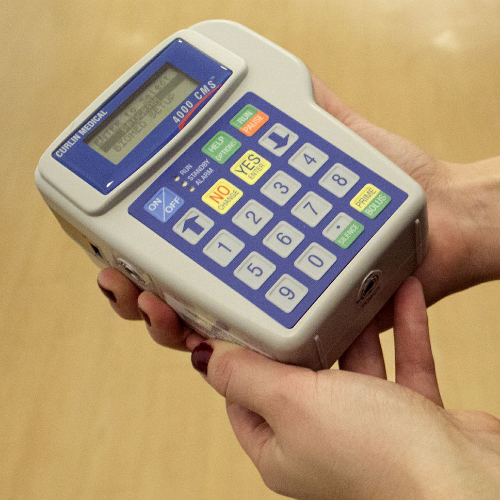 We can take advantage of this by administering the drugs at the specific time when cancer cells divide, and are more vulnerable to cell death, and when healthy cells are at rest, and least sensitive to toxicity from chemotherapy. Research demonstrates chronotherapy not only improves treatment tolerance, but can improve response and survival as well. In fact, the literature contains studies showing that chronomodulated chemotherapy can even allow for patients who previously needed to discontinue a chemotherapy protocol – either because it was ineffective, became ineffective prematurely, or was too debilitating to tolerate – and benefit from that identical drug protocol when it was administered via chronomodulated chemotherapy.

Gold standard research supports the use of chronomodulated chemotherapy. For example, for metastatic colon cancer patients, studies show that administering chemotherapy at the optimal time can halve toxicity and double treatment response. For advanced metastatic ovarian cancer, a study in the Chronobiology International reported that optimal timing of chemotherapy can reduce toxic side effects by 50 percent and quadruple five-year survival. This is a four-fold improvement! (Four times as many patients were alive at the five year mark). The same study demonstrated a 75 percent reduction in the need to cut the treatment dose!

Chronotherapy at the Block Center
I brought this technology to the U.S. from Europe in the mid 1990s, hoping to improve treatment tolerance among my patients, ultimately enhancing the benefits we were seeing from the integrative approach to treatment we were already providing (In fact, studies suggest that 1/3 of patients discontinue chemotherapy treatment prematurely due to the debilitating physical and psychological consequences).

At the Block Center, we were implementing nutritional strategies and supplement formulations that could help diminish the side effects of chemotherapy – and my research team and I were conducting ongoing studies – when I came across the chronobiology evidence that sleep and activity cycles along with the timing of drug infusions were all clock dependent. The extensive research that demonstrated decreased toxicity and improved survival with the use of chronotherapy persuaded me that we needed to bring this technology to our patients as soon as possible.

At the Block Center, we administer chronotherapy using a portable, computerized pump, small enough to fit in a fanny pack. The infusion of the chemotherapy drug resembles a sine wave curve, it starts infusing quite slowly, and ratchets up in carefully programmed stages. It slowly increases to the middle point of the cycle where it peaks, meaning the drug will be infused at its highest rate, and then slowly ratchets back down in an exact mirror image to its ascending slope. When the drug dosage reaches zero, the cycle is complete.

Though there are currently over 40 major centers in Europe that participate in cooperative research using this method of chemo administration, there are less than a handful of clinics in the U.S. that implement it. Why is this? Currently, cancer treatment in our country is scheduled at the convenience of the hospital, medical center, treating physician, etc., not at the optimal time for the patient. In addition, the complexity of the technology would require training and incur additional expenses to the treating facility that would not be covered by insurance.

However, the potential impact to reduce toxicity, improve response to treatment and even boost survival, makes the need to broaden access to this approach essential. Consider the fact that few if any drugs have improved survival by more than 18 weeks over the past two decades. Then realize that chronomodulating chemotherapy can improve outcomes in many studies by years. Thus, all patients deserve this no-risk/high-benefit approach to chemotherapy. It is my hope that one day chronomodulated chemotherapy will be widely available in this country, as it is outside the U.S.